HelloCare recently had the pleasure of speaking to two remarkable women. Marjorie and Sylvie are both 105 years old, and are both are residents at Bentons Lodge in Mornington. They spoke to HelloCare about their long and interesting lives, their fondest memories, the secret to their longevity and why they are 105 years and thriving.

Marjorie on life and love

Marjorie was born in Moonee Ponds and lived for all of her life around Melbourne. She worked as a junior teacher for two years after she left school, and then worked as a clerk for the Electricity Board.

Marjorie learned to drive during the war, something her husband, Collingwood player Bruce Andrew, didn’t approve of. But one day she was able to drive when nobody else could, and so he changed his mind and was happy for her to drive from then on.

Marjorie was married to her husband for only six months before he had to go to war.

Mr Andrew was in the air force in an administration role.

The couple had one child, a daughter, and Marjorie now has two pre-school aged great-grandchildren.

“I’ve only got one daughter. And she’s gorgeous, and the little ones are lovely,” Marjorie said.

Her fondest memories are of her great-grandchildren. The last time they visited, they had a great time playing on her walking frame.

She also enjoys holidays at the family holiday house on Phillip Island. “We go down there and have holidays,” she said.

“I think it’s good genes,” she said, but added, “You don’t drink or overdo anything. I never ever drank. I have a sherry now, but I never had anything in my day.

“We were all very poor. We weren’t wealthy. People who were wealthy lived very differently than we did.”

“Keep fit. Don’t drink. And don’t swear. Live a clean life and no complications. Don’t do anything in the extreme. Just enjoy life,” was her advice.

Sylvia on work life and family

Sylvia Florence Turner was also born 1913 and lived all her life around Melbourne.

Sylvia also worked as a junior teacher when she left school, a job she held for 2.5 years.

She went to college and got an office job, and then worked in a cake shop, which she ended up managing.

“I was responsible in the end for ordering and to make sure we didn’t lose too much money at the end of the week. It was an interest for me to see how much we could make,” she told HelloCare.

She enjoyed it the work. “You met such a lot of nice people,” she said.

She retired from the job when she met a “very nice young man” and got married at the age of 22. Like Marjorie, Sylvia had one child, a daughter.

Sylvia says she has always kept active and had lots of friends, and these were the secrets to her long life.

“I’ve always been active, I used to play tennis, and I have friends and enjoy myself,” she said.

“I used to enjoy ballroom dancing too,” she said.

Sylvia and her husband were married for 72 years before he passed away.

As we spoke, she looked at a photograph of her husband dressed in his army uniform that stands in her room.

Sylvia’s daughter organised a party for her mother to celebrate her 105th birthday. Friends and family gathered in the Lodge’s living room.

“It was so good to see them. It was a happy day,” Sylvia said.

We asked if Sylvia had any advice for young people these days?

“Be yourself, do things for other people, and try to keep a smile on your face.”

“It’s good to have good friends. You can always depend on them.” 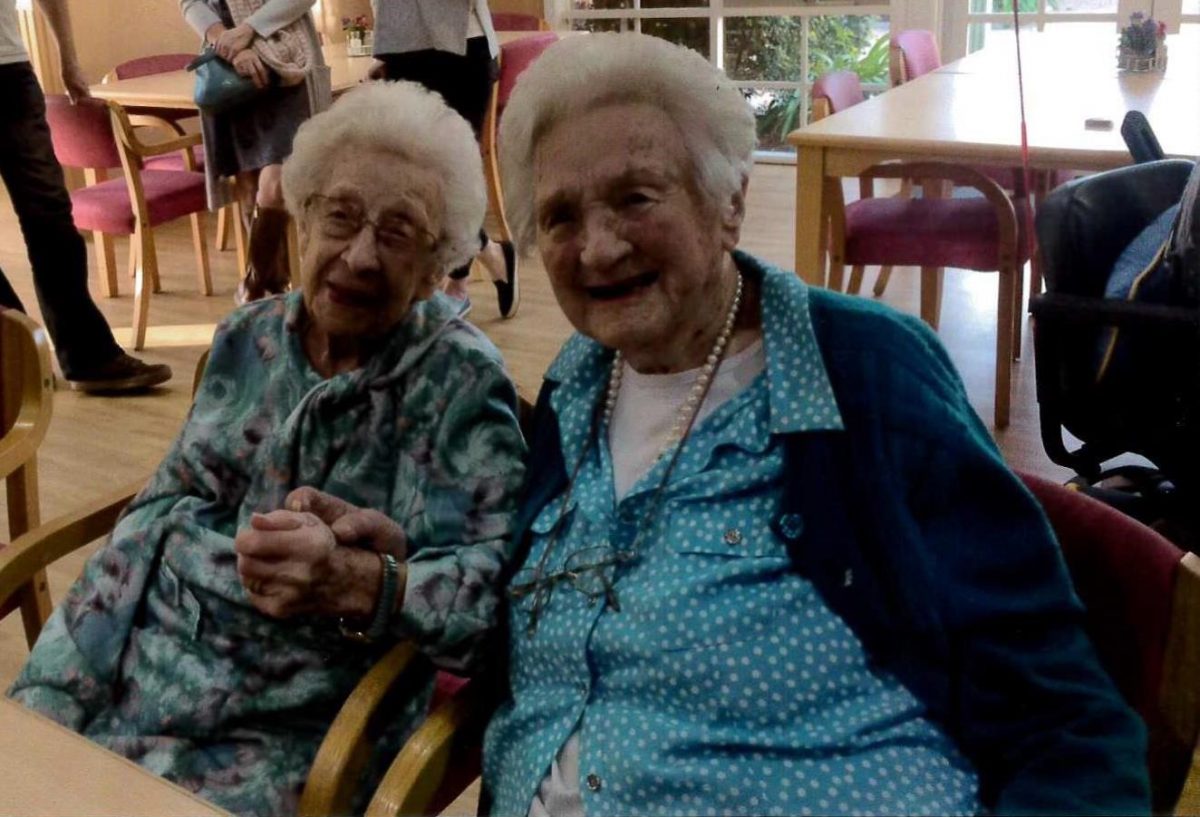