Puttin’ On The Ritz, Why Music Can Do Wonderful Things To The Brain

Puttin’ On The Ritz, Why Music Can Do Wonderful Things To The Brain

Music has long held a special place in our ears and hearts.

Regardless of age, gender, health and memory, music has been found to stay with us.

As humans it is hard to fight the pull of a particularly swaying beat and stay completely still.

No way! Most of us start bopping our feet along to the rhythm, humming along merrily, perhaps even subconsciously.

If we’ve known and loved the song for some time, we might start softly singing the words, remembering all the times we had listening to that merry ditty.

The phenomenal effects of music and what it brings out in our memories and feelings has long been a fascination of scientists and academics.

Importantly, the pull and power of music is likely to hold effective keys to bringing restorative change to those with dementia and the most vulnerable in our societies.

What Does Science Tell Us?

Elena Mannes, an Emmy award winning documentary maker studied the effects music has on us over several decades.

Over the course of her decade long research she found that scientists agreed that music has the potential to stimulate more parts of the brains that any other human function.

It is from seeing the depth of research surrounding music and its abilities to ignite our brains that Mannes, along with countless scientists, sees incredible potential for music to change and affect how the brain works.

Prof Christian Gold of the Grieg Academy Department of Music at the University of Bergen in Norway has been studying music and its effects on people and health for over 15 years. He’s showing no signs of slowing down.

“I had planned to go back into clinical practice after spending a few years in research but 15 years later, I’m still researching. There’s just so much to learn.”

Gold’s particular point of study lies in understanding the role music therapy has in helping people across a wide range of conditions, from learning disabilities to schizophrenia and dementia.

What science and research has found is that music actually changes our brains.

The grey matter part of our brain, vital in sending signals and communicating with the rest of the body, thickens with musical training.

MRI and EEG scans have found that when we listen to music, every single part of the brain is in use.

From the top and bottom, left and right, all parts are engaged in the process of listening and ingesting the music.

Older parts of our brain, such as the hippocampus (integral for memory formation) and the amygdala (central to fear and emotion), are also stimulated by the sound of music.

Neuroscientists believe that since music has such a powerful response in the brain, it must have been central to the evolution of humans.

Music is argued to be a central component of development for humans and our brains.

Psychologists have weighed into the deeply painful experience of dementia on those with the condition and family members.

As the hold on names, recent memories and identity fade, both those going through the condition and family members have been found to experience debilitating isolation and loneliness.

Dr Victoria Williamson of the University of Sheffield says, “We don’t have a cure for Alzheimer’s and there is no cure on the horizon: we need to work on ways to make the sufferers’ lives, and the lives of their carers, easier,”

“Music is not a pill or a vitamin or a cure, but it can provide powerful support, alleviating real symptoms like depression and anxiety. There is no reason not to invest in providing music to as many people living in care homes as possible.”

Dr Williamson has partnered with a charity Lost Chord that helps to provide live music to those in residential care homes.

Having witnessed how those with dementia respond to music, a spokesperson from the Alzheimer’s Society said,

“People regularly describe the Lost Chord memory cafes as their lifeline. People can revert back to being a couple again rather than carer and person with dementia. The benefits gained by the people with dementia is immeasurable. To observe people who are withdrawn and isolated come out of their shell and engage by singing and dancing is tangible, powerful and emotional for all to see.”

Dr Williamson encourages as many who are involved in caring for residents with dementia to facilitate live and social music.

“It is important that we work to provide live music to people in care homes, and not simply give them iPods to sedate them,” says Williamson. “Why would an isolating condition be alleviated by an isolating device?”

While a whole band might be logistically ambitious, Dr Williamson encourages us to make music social.

Playing a playlist of top hits from the 30s, 40s, 50s and 60s in a communal space could provide an accessible opportunity for residents with dementia to enjoy the music of their youth.

Through her work, she advocates for all to get involved from nurses, carers, loved ones and management.

Music can bring us all together and bring out memories many thought were forgotten.

Singing and making music together could bring about lasting and positive change in your loved one with dementia.

Through partnering two elements that are integral to the human brain, social connection and music, let us be encouraged to play the music our residents and loved ones grew up with, loved and cherished to ignite the memories of love, community and humanity. 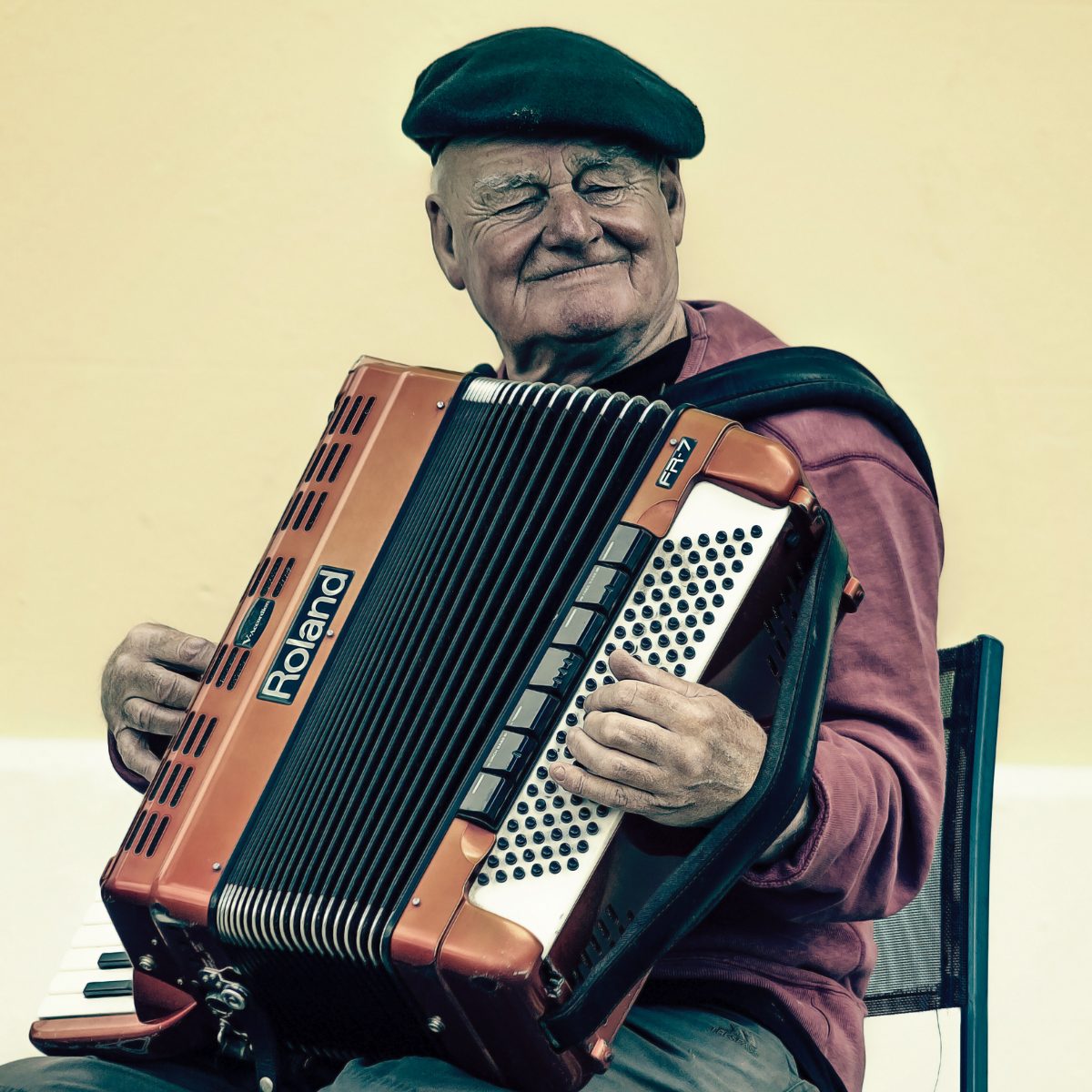