To Be Heard And Understood: Pastoral Care At Autumn Aged Care

To Be Heard And Understood: Pastoral Care At Autumn Aged Care

Marilyn works at Clovelly Cottage, one of our residences at Autumn Aged Care. Her role is difficult to convey in words since it stretches, leaps and dances across many areas of care. In short, Marilyn works as a pastoral carer. To describe her day to day would be doing a disservice to the impact that her work has on the residents at Clovelly Cottage. Essentially, Marilyn comes alongside the residents and their families as they transition into care and continues working with them through their time here. She listens, supports, cares, encourages, soothes and a host of other vital work that goes beyond the realm of words. We had a chat with Marilyn about her work here and you know those moments when your hearts cry out ‘humanity is restored!’, yes indeed, this was one of them. Read on for Marilyn’s words and insight into pastoral care at Clovelly Cottage.

Hitting the nail on the head when we started out our chat, Marilyn speaks of the “mega life change” that residents face moving from their previous situations of living in an aged care facility. She speaks into that transition time, “it can be a time of very mixed emotions and grief at having to leave behind a familiar environment and lifestyle and sense of independence.” Yet it is not only the new resident that Marilyn focuses on but the family members as well. She says that this time of change can put significant amounts of pressure on all family members and that she seeks to bring them into the support network as well.

To acknowledge the whole situation and all the people who are impacted is the lens through which Marilyn operates. Marilyn describes that there is no set model for providing support and care. Each family, each resident and each transition needs their own approach. Through regularly meeting with residents Marilyn tries to support their needs first, to build up trust, rapport and importantly, to just listen. It may be a slow process but it is vital for facilitating a process through which residents can feel safe, respected and understood.

Marilyn highlights that some families and residents may not feel comfortable seeking out help initially. She attempts to make the process as natural as possible by letting new residents and family members know that her support is available but to allow them to approach her when they feel comfortable to do so. Tact, gentleness and a respect of boundaries is an extremely tricky area in which to operate but Marilyn insists that respect and understanding are paramount to new residents feeling safe.

Residents, through their change in living situation, are called on to adjust to a vastly different way of life from what they were used to. Marilyn has seen that many residents have to cope and manage with declining physical and cognitive health, loss of independence and self-esteem. She also speaks of the significant difficulty of loneliness and isolation. Residents must navigate their own changes but also external hurdles as well, such as new found friends passing away. From her position as Pastoral Carer, Marilyn is able to see the challenges faced by residents and the pain and confusion that so many are currently and will continue to go through. She highlights that it is through these times that support, care and access to help is so vital and necessary.

As Marilyn describes her favourite parts of the job it is evident that she works and serves from a place of genuine sincerity. She speaks of enjoying her morning routine, where she goes to each residential wing and gets to catch up with all the residents, to hear their news and updates. She particularly enjoys the privilege of the time listening to the rich life stories that each resident brings, the memories that only they can convey. To engage and listen to our elderly is to honour them with humanhood, to have the honour itself of listening to the unimaginable pasts and experiences that they have to share. Marilyn speaks of the joy it is to see residents join in the social and music programs with the depth of skills and personalities they’ve acquired over the decades.

As with any job that demands high amounts of emotional intelligence and energy, Marilyn believes that she is encouraged to continue in her work through the support and feedback of her colleagues at Clovelly Cottage. No person is an island and it is through the support of others that Marilyn seeks to be a bridge to those that would otherwise be isolated. Marilyn believes her desire to help connect and make people feel heard has been developing ever since she was young. She says that she has always had the desire to connect and help. From volunteering in church pastoral care in urban and rural settings to working professionally as a social worker in a hospital situation, for some time Marilyn has been walking the walk of doing life, love and care alongside the people that need it most.

Inspiringly, Marilyn tells us of the many personal stories of journeys had and adversity overcome by the residents she meets and befriends. She articulates that through these stories she has come to a deep appreciation of the sacrifices that this generation willingly gave in order to give future generations an incredible quality of life. She has heard almost unbelievable stories of escape from oppressed countries, distinguished careers in business and industry, stars made in entertainment and music and military careers that helped to protect thousands of lives. What Marilyn conveys is only the tip of the iceberg, of lives, vibrantly lived, of memories inspirationally made, of humans with a wealth of knowledge, skill and contribution that can and should be honoured. And most particularly for coming generations, learned from.

Marilyn touches on one of the hardest parts of her job, the passing away of a resident. She describes that the sense of loss is felt by the whole Clovelly community. That word alone is telling, community. The way Marilyn speaks of the residents and staff, they are in this together, they form a community with bonds, jokes, friendships and of course when there is a loss, a shared grief and mourning.

Marilyn says that leading the quarterly Memorial Services is a difficult time but she views them as a time to honour, remember and respect the lives of the residents that have passed. She speaks of how staff band together to support each other through these times. She highlights that it is through respecting and valuing each member’s role that trust and true connection can be made. She wishes to always be approachable and available to staff and residents so as to contribute to an open, warm and safe environment for all, across the good times and the difficult.

Marilyn’s genuine love and contribution to life at Clovelly can be summarised in her own words. When asked what keeps her going shes responds, “The residents themselves and the belief that a listening ear and appropriate support can make a difference to their quality of life and that of their family.” 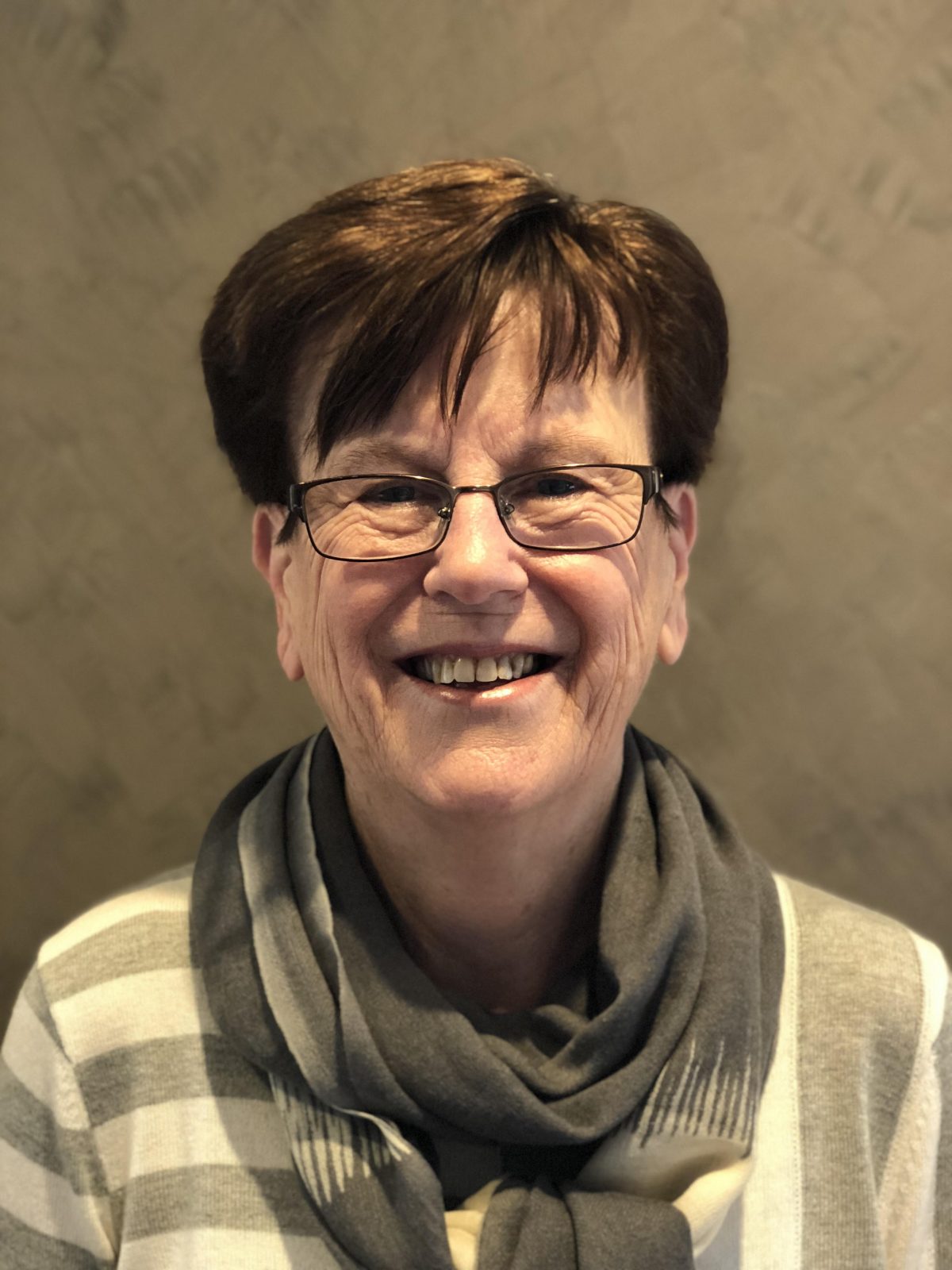